Sponsored by Civics First and offered with the support of the Connecticut Bar Association and Empire Mock Trial, this year's case concerned a fictitious negligence action arising from a soccer accident. In the case, the plaintiff, Mia Rapinoe, sustained a concussion during a college soccer tournament while playing for the Rubicon Soccer Club. Mia continued to suffer from mental and physical impairments and brough a negligence suit against Rubicon and its coach, arguing that they should not have required her to return to play following an earlier concussion.

Kingswood Oxford students in West Hartford, Connecticut, coached by Attorney Powell, argued on behalf of the Defendants, the Rubicon Soccer Club and its coach. 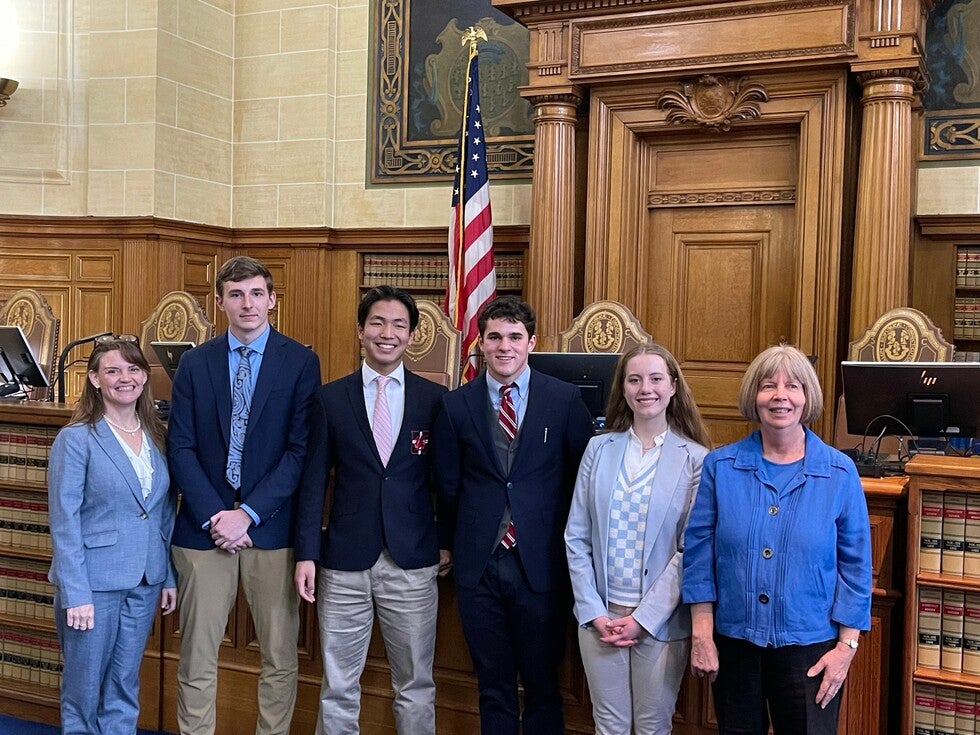 Attorney Powell has coached the Kingswood Oxford team for two years and has led the team to several victories. This was the team's first appearance in the state championships and their first statewide title.

Regarding the experience, Attorney Powell stated “working with these kids was one of the most rewarding experiences I have had professionally. I encourage any student to give mock trial or public speaking a try.”

The mock trial program offers Connecticut public and private school students the opportunity to engage in legal thinking at an early age and learn about the process of trial advocacy that is central to the foundation of the American judicial system.

Any questions should be directed to Melinda Powell of Rose Kallor, LLP. Attorney Powell can be reached at 860.361.7999.

Rose Kallor, LLP is a labor and employment law firm with offices in Hartford, Connecticut and New York, New York. Rose Kallor concentrates its practice in the representation of public and private-sector employers, individuals, and municipalities in the New England and New York Metropolitan area. Committed to high-quality, professional representation, the attorneys at Rose Kallor stand ready to provide legal counsel on all aspects of employment and labor law. For more about Rose Kallor, visit our website at https://www.rosekallor.com/.

Melinda Powell is a civil rights lawyer who also serves as an Administrative Law Judge for the Connecticut Department of Education. She has been practicing for 26 years and focuses on education law and other civil rights related matters. Attorney Powell earned her B.P.A. from Florida Atlantic University and her J.D. from Vermont Law School.