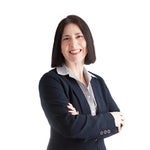 One of the founding members of Rose Kallor, LLP, Ms. Kallor regularly advises and represents employers on a broad range of labor and employment matters involving discrimination, retaliation, wage and hour issues, breach of contract, hiring processes, employee discipline and any other matter that pertains to the employer-employee relationship in both the unionized and non-union settings.

In doing so, she often appears in state and federal courts, as well as in proceedings before government administrative agencies, such as the Equal Employment Opportunity Commission, the Connecticut Commission on Human Rights and Opportunities, the New York State Division on Human Rights, the National Labor Relations Board, the Connecticut State Board of Labor Relations, the Connecticut State Board of Mediation and Arbitration and the federal and state departments of labor. In her defense of civil rights and other employment related litigation, she has frequently obtained pretrial dismissal or other satisfactory conclusion in both the federal and state courts.

In her varied management-side practice, Ms. Kallor gives advice and litigates issues relating to race, color, religion, national origin, age, sex, and disability discrimination, wage and hour claims, including collective action claims brought under the FLSA, Family and Medical Leave Act issues, employee discipline, employee claims of breach of contract, defamation and other work-related tort claims and any other human resources issue. She drafts and reviews job descriptions, employment contracts, employee handbooks and employer policies and procedures. She also represents employers in wage and hour audits and conducts “self-audits” before the state and federal departments of labor and negotiates labor contracts on behalf of management.

A significant portion of Ms. Kallor's practice is devoted to her role as a neutral, through her role as an independent workplace investigator and as a mediator. Ms. Kallor provides workplace training to clients and through continuing legal education programs and is a frequent speaker on emerging labor and employment law issues.

Ms. Kallor has been listed in The Best Lawyers in America since 2018 and was named 2020 Lawyer of the Year by Best Lawyers in America, Labor – Management in Hartford.  She has an “AV Preeminent” rating by Martindale Hubbell, the highest rating for highest ethical standards and professional excellence.  She has also been listed in Super Lawyers since 2015. In 2019, 2020 and 2021, she has been included within Super Lawyer's Top 25 Women Lawyers in Connecticut.

Ms. Kallor is a trained mediator, having received her 40 hour certificate from Quinnipiac Center on Dispute Resolution.  She has experience mediating labor and employment related disputes as well as housing discrimination claims.  She currently volunteers as a mediator for the Connecticut Commission on Human Rights and Opportunities, Office of Public Hearings.