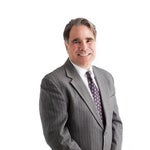 As a Managing Partner of Rose Kallor, LLP, Mr. Rose is widely recognized as one of Connecticut's leading employment litigators in his representation of governments, government officials, and private businesses of varied sizes.  He has tried over twenty cases to verdict in the areas of employment law and civil rights. In 2007, at the age of 41, he was named to a list of preeminent attorneys within the state of Connecticut. Later in 2007, he was listed among the top lawyers in New England.

In addition to representing employers in federal and state courts, Mr. Rose provides representation before numerous government agencies, including the Connecticut Commission on Human Rights and Opportunities, the Equal Employment Opportunities Commission, state and federal Departments of Labor and the Connecticut Freedom of Information Commission.

Mr. Rose is regarded as a creative litigator with a sound knowledge of the statutory and the public policy goals behind today's employment laws. He has crafted unique approaches and defense strategies, such as interlocutory appeals, federal removal, affirmative use of res judicata and constitutional pre-emption, and constitutional and jurisdictional challenges to court proceedings.

​His defense philosophy is shaped by the recognition that while our nation's laws have the best of intentions, they can often be misused by problem employees and their creative counsel. In 2003, Mr. Rose was successful in having a federal judge declare a federal department of labor regulation under the American's with Disabilities Act as unconstitutional.

While in college, Mr. Rose was a member of the Mortar Board Honor Society, and Pi Gamma Mu Honor Society. While in law school, he was the co-author of “ADR in Patent Dispute Resolution,” Vol. 32 Idea No. 4, 1992 and a Legislative Assistant Representative to Richard Swett, U.S. House of Representatives, 1991-1994.

Mr. Rose was appointed to the Board of Mojo, Inc. (http://www.momsandjobs.com). He also served as pro bono General Counsel to this social venture which devoted itself to providing employment opportunities to single mothers in the Lowell, Massachusetts area.