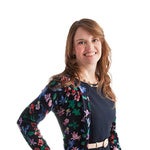 Over the course of her fifteen-year career, she has represented almost every municipal department including fire, police, planning and zoning, building and health departments. Ms. Powell has tried approximately 10 cases to verdict, including several complex civil rights cases, and has prepared Appellate briefs for submission in state and federal court.  She also represents her private clients in commercial and environmental litigation.

Attorney Powell holds a Bachelor of Arts Degree in Public Administration.  While in law school, she received the Jonathan B. Chase fellowship in public interest law to work for Alaska Legal Services in Fairbanks, Alaska. She also worked on environmental litigation for the Conservation Law Foundation in Montpelier, Vermont, and for WaterWatch of Oregon, in Portland, Oregon.